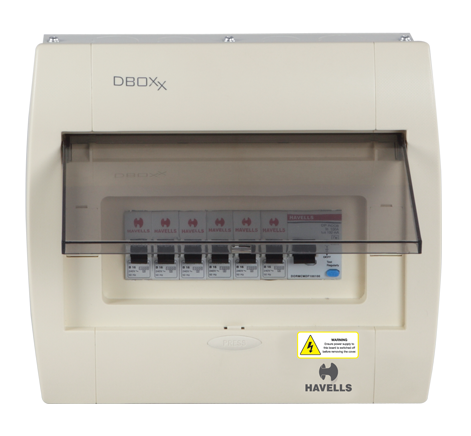 Electrical energy has brought along with it a lot of conveniences, beyond imagination. It’s consumption has increased manifold be it in domestic, commercial or industrial applications, there by creating a need for scientific & effective method of distribution. The purpose of electrical wiring is to systematically distribute current. In the process the system mainly adopts methods to protect installation and human life from electrical hazards such as short circuit, overload and earth leakage.

The electrical wiring is carried out to distribute current from a single source of supply to various circuits, such an arrangement is made inside an enclosure called Distribution Board.

The Distribution Board is not merely an enclosure but a comprehensive system in itself, comprising of copper bus bars, brass neutral links, earth links to facilitate effective distribution of current. It incorporates safety devices such as MCBs, ELCBs and Isolators, which serves to protect the installation.